As I was driving to school this morning, I was listening to The Kane Show on 99.5 like I do every morning. Something incredibly interesting caught my attention on this segment though. The Kane Show team began discussing a 60 Minutes poll asking “Who Would You Cast to Play Jesus?” taken by Vanity Fair, and it reveled something SHOCKING!

So, the poll is set up a little something like this, and here are your options:

Who would you cast to play Jesus?

The Results are below on this chart:

The Winner is….DENZEL WASHINGTON! Who, if you notice, was the ONLY black man that was an option! Go Denzel! 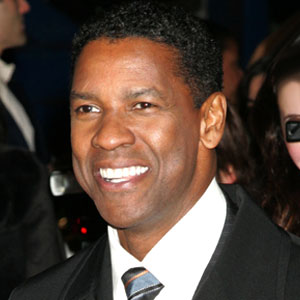 “Twenty-one percent of Americans would cast Denzel Washington to play Jesus in the new film. Fourteen percent chose the great Daniel Day-Lewis and 13 percent chose his fellow Oscar winner Al Pacino. Eleven percent picked Ryan Gosling and 10 percent went with an unlikely choice Woody Allen. Only three percent went with Philip Seymour Hoffman and 15 percent said “none of the above.” They were probably satisfied with Jim Caviezel’s recent portrayal in the “Passion of the Christ” which grossed over $600 million worldwide.”

The Kane show team received a ton of texts with who the listeners would like to see. A few of the top picks were:

Who, are all coincidentally Black too!

Why am I so shocked you ask? Well, if you refer to my previous post from only TWO DAYS AGO, I was convinced that we were making backward strides as a society. I guess there with always be that balance of good and bad.

For the full article on Vanity Fair’s site, Click Here

Until next time loves!