When it was announced in August that Zoe Saldana, one of my ALL TIME favorite actresses, was going to play the legendary Jazz Singer, Nina Simone, nothing short of chaos and controversy ensued. Many believe that Hollywood is taking a “” approach by choosing a fair-skinned African American actress to play the part. I am on the fence with this one. I ADORE Zoe Saldana and I feel that she is EXTREMELY talented and there is no doubt in my mind that she won’t do absolutely amazing, HOWEVER, do I feel that there are other potential singers that could play the part? Absolutely!

First off, Zoe Saldana is NOT a singer. She can sing, i’ll give her that and I think that her voice is beautiful, but that still doesn’t make her a singer.

Jennifer Hudson, Algebra, Jill Scott (although she is a bit lighter) I mean, the list goes on of beautiful, darker-skinned, African American SINGERS that I feel would mesh a bit better in the part and could depict a more realistic version of the late Nina Simone.

They are DARKENING ZOE’s COMPLEXION, I feel that, if they have to change the way that Zoe looks to fit the part, then perhaps it should go without saying that she may not be the best fit. Here are a few first-look photos of Zoe are Nina Simone, although she is absolutely stunning, i’m not sure how comfortable I am with this. These photos are from indie wire: Shadow and Act: 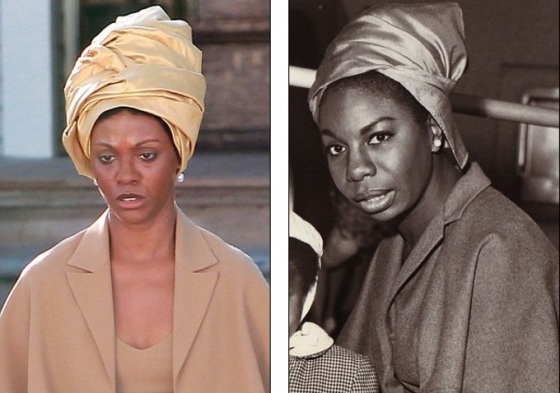 The next few photos are Zoe Saldana as Nina Simone: 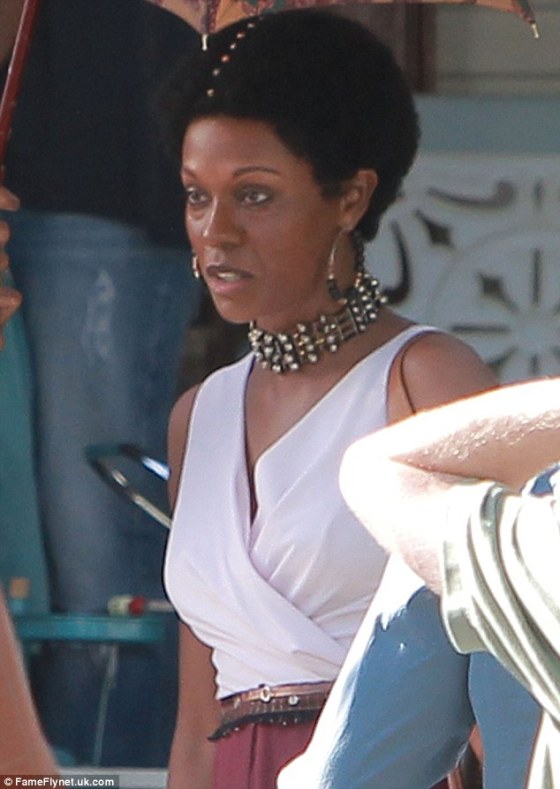 I visited BlackFilm.Com and took a peek at their post entitled :

I thought it was interesting how they paired up Zoe and Nina and Mary J. and Nina. Who do YOU think was the better fit?

I found this photo as well, and though it is not an EXACT match, it is freakishly close…. It’s safe to say, I was PRO Marie J!

After doing a bit more research, I discovered that Marie J had the part, but dropped out (whyyyyyyy MARIE?! You haven’t done ish in years, lord knows you need the money!). An article from TheBoomBox.Com revealed:

for the project but dropped out due to funding, the Hollywood Reporter reveals.

The script is written by Cynthia Mort, who is also directing the film.

Actor David Oyelowo will play the part of her manager, Clifton Henderson.

The film will reportedly focus on the relationship between Simone and

Henderson, which seems strange to some who point to her Juilliard-training

career as more compelling topics for the silver screen.

Even though Mary J. left, I still feel that there were far better candidates to take her place. I HEART ZOE TO PIECES, but just because you can act, doesn’t mean every role is right for you.

So, i’ll leave you loves with your thoughts, be sure to let me know what you all think.